Websites have certainly got more complex over the years, especially if the goal is to be fast, reliable and search-friendly. Since the 90s, it’s gone from simple brochure sites put together by a graphic designer, to complex content-managed, database-driven sites.  The visual design is now just 25% of the work and skills needed. This means when your site breaks, your traditional graphic designer is unlikely to fix it as he/she could in the past. It’s not the outer visual skin you see that’s broken, but the engine hidden beneath.

You need a coder [mechanic], not a designer [panelbeater]

Designers do not make good fix-it people.  One typical example is the Palmers.co.nz website with a load time of around 15 seconds. And agency-designed site, it looks pretty, but has been running this slow for over 3 years and they don’t seem to care. I suspect Google has reduced their search ranking, since speed is a big factor now, especially with mobile viewers.

Another case encountered was a client we did some work with, but where the graphic design company had overall control. The site got hacked. The designers cure? Instead of calling us. they rebuilt the site from original files, at a cost of $1200, taking several days. In reality it was a one-hour ($85) coding repair for me. But an understanding of security and the wordpress database was needed to know what to do. They didn’t and perhaps liked the idea of billing out another $1200.

Asking a web design company or agency to fix a broken or slow website is like asking a panelbeater to fix a car engine. They lack the skills needed, often doing more harm than good.

So, if you’ve a problem with how your website works, get in touch. This is our area and our passion. 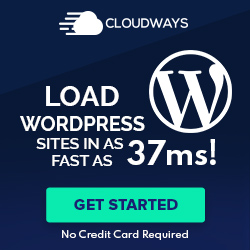